I love all things cinnamon.  If you’re a regular reader of my blog, you’ve probably figured that out by now. 🙂  Last night, I de-Christmased my house, and to cheer myself up after the most terrible day of the year, I decided to bake a loaf of cinnamon raisin bread while I was working. 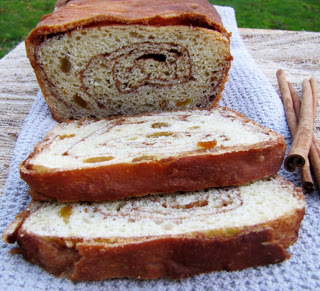 This is a time consuming recipe, but it is not labor intensive, meaning you need to be at home for a few hours, but you only put in about 10 minutes of work.

.
The result is a delicious homemade bread, so much better than the stuff at the grocery store that they charge $5.00 per loaf for. 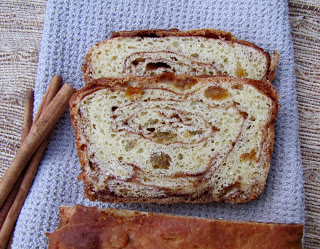 Scald the milk.  Basically, this means warm the milk in a small saucepan until it bubbles on the edges, then remove from heat. Let cool until lukewarm.

Dissolve yeast in warm water, and set aside until yeast is frothy. Mix in eggs, sugar, butter or margarine, salt, and raisins. Stir in cooled milk. 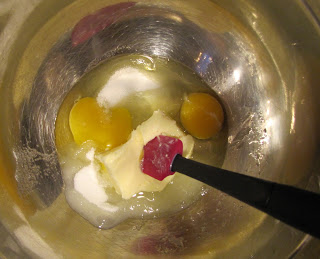 Add the flour gradually to make a stiff dough.

Knead dough on a lightly floured surface for a few minutes. 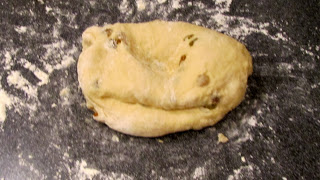 Place in a large, greased, mixing bowl, and turn to grease the surface of the dough. Cover with a damp cloth. *When I want dough to rise, I pre-heat my oven to 170°, turn it off, and stick my dough in there to rise.

Allow to rise until doubled.

Roll out on a lightly floured surface into a large rectangle 1/2 inch thick.

Moisten dough with 2 tablespoons milk. Mix together brown sugar and cinnamon, and sprinkle mixture on top of the moistened dough. 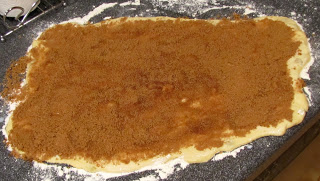 Roll up tightly; Tuck under ends. 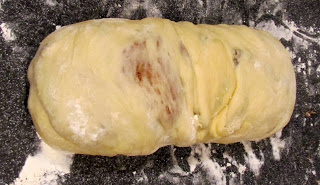 Let rise again for one hour. 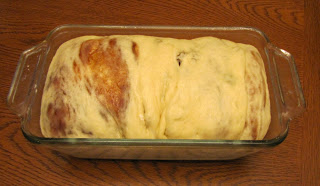 Bake at 350 degrees F (175 degrees C) for 45 minutes, or until loaf is lightly browned and sound hollow when knocked. Remove from pan, and brush with melted butter or margarine. Let cool before slicing.